Farewell Till We Meet Again

Here’s a few images of burials and cemeteries that were professionally taken and mounted on photo boards – the same mounting as for cabinet cards, but these images are different sizes. All of these images most likely date to the 1900-1910 era.

The first is one of my favorites, both for one special feature in it, as well as the story of how I got it. In 1996, I stopped at a dilapidated old motel along Interstate 20 east of Abilene, Texas because there was a hand-lettered sign out front advertising “Junk and Antiques”. The building was awful, and so was the merchandise – clearly more junk than antiques. As I was leaving, I noticed this old photograph under a pile of debris, which included a can of paint. I pulled it out and liked it, due to its subject matter, but then I saw cockroach excrement over much of the mounting board and some of the image. I was putting it down when the little banner (which appears to be supported by sticks) near the head of the grave caught my eye: “Farewell Till We Meet Again”. How could I leave that gem behind? The price was two dollars, so I took it. When I got home, I cut off most of the mounting board and worked at cleaning the image with a damp cloth. The worst of the matter was in the center, above the grave, and you can see where I removed some of the emulsion in my efforts. Other stains remain on the upper edge, but I cropped them out. This image was taken by Harrik’s Studio of Schulenberg, Texas and I assume it was made in or near Schulenberg. Notice how the photographer altered the negative to outline the grave and floral offerings, and obliterated the upper portion of the image. 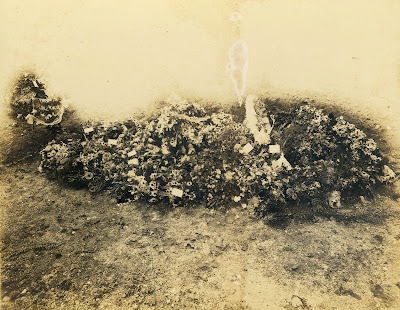 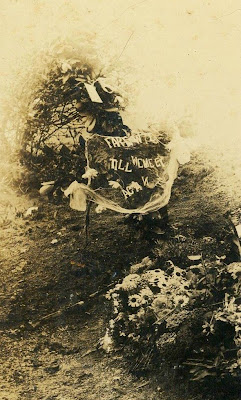 Below are four images, three of interments and one of a cemetery. None of these are identified as to location or photographer, but the one that shows the burial with the head and foot marker already in place (which must have been ordered and erected prior to death) is marked on the back “Eugene South’s grave”. 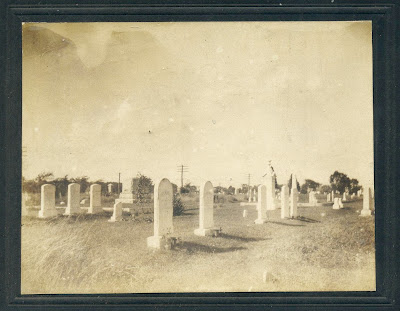 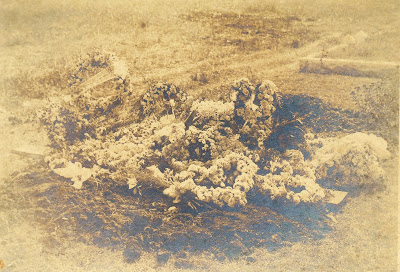 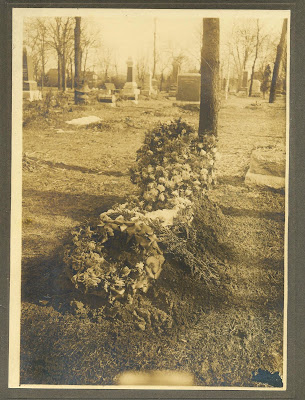 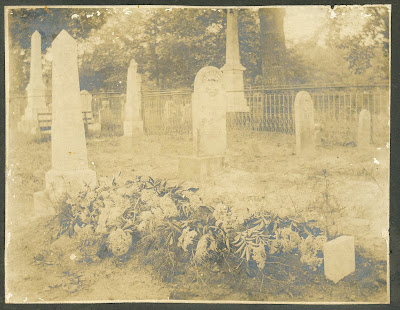