As I mentioned in my first Death Memorabilia post, this series will examine the different categories, characteristics, and purposes of paper funeral collectibles. My earlier posts focused on memorial cabinet cards, and I expect I’ll be returning to those wonderful cards again in future posts, but I think it’s time to move on and talk about funeral notices.

To recap, memorial cabinet cards were commercially-produced mourning products that were manufactured and marketed by a number of American companies in the late nineteenth and early twentieth centuries. They were ordered from catalogs and produced after the funeral was over. They were intended to be decorative keepsakes memorializing the deceased. In contrast, funeral notices served an entirely different purpose and they are a unique category of paper funeral memorabilia. Below is the earliest funeral notice in my collection: 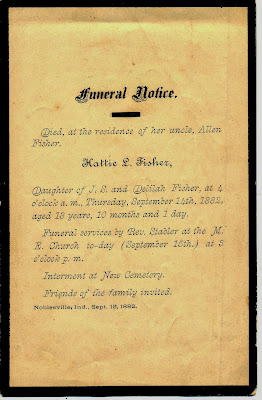 The funeral notice was produced locally, as soon as practical after death occurred and funeral arrangements were finalized. Many times they were printed the same day the death occurred. The funeral notice performed a dual function, to notify friends and neighbors of the death and to invite them to the funeral. Typically, funeral notices were printed by local newspaper offices or handwritten by family members on blank forms. The means of distribution was usually by placing a stack of them in a public place, such as a general store or post office, where interested persons were likely to see them. Some funeral notices were mailed and, I feel sure, some were hand-delivered. 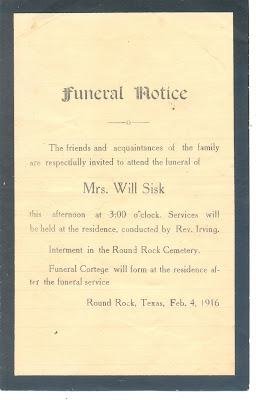 Invariably, funeral notices were kept as keepsakes, as were memorial cards, but that was not their primary function. They were not highly decorated or printed on durable stock suitable for framing or display. (There are exceptions, as the first funeral notice I purchased has a beautiful lily on the front of a cardstock folder.) They were primarily intended to inform persons of a death and invite them to the funeral. 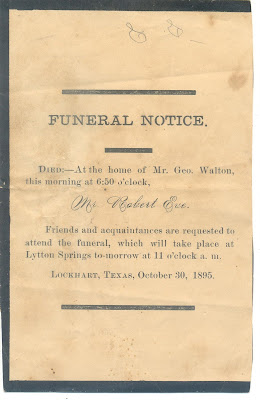 Funeral notices typically include language inviting persons to attend the funeral; the name and death date of the deceased; and the date, time, and place of the funeral and/or burial. Many notices provide additional information such as the location and date published, names of family members, and transportation details necessary for those attending the funeral. 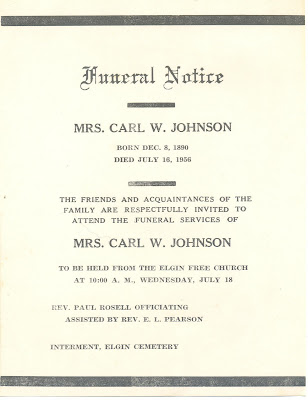 The funeral notices in my collection are usually black-bordered and they range from postcard size up to 8 by 6 inches. If mailed, the envelopes are also black-bordered, giving the recipient a “heads-up” on the news to be found inside.

The earliest funeral notice in my collection is from 1882 and the most recent is from 1956. I understand they are still used in some rural areas. In fact, I saw them in country stores in Lee and Fayette counties of Texas in the late 1980s. By that time, they had evolved into photocopies on standard 8 ½ by 11 paper. Below are two examples of funeral notices that were mailed. 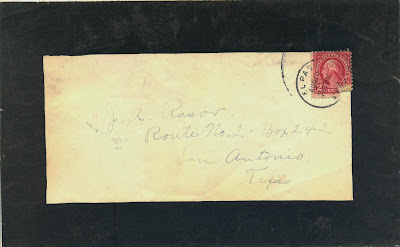 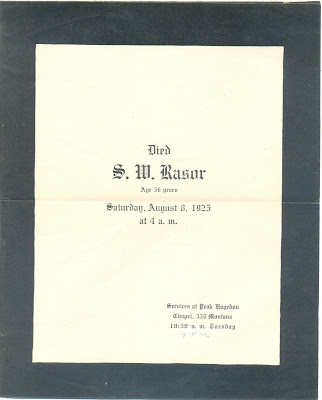 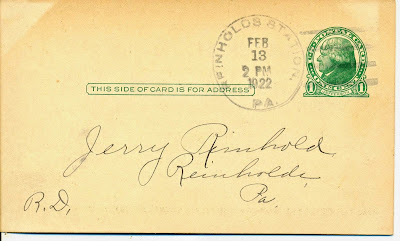 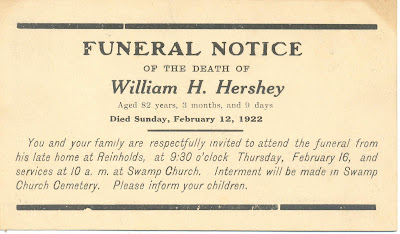 Newer Post Older Post Home
Subscribe to: Post Comments (Atom)
And am I born to die?
To lay this body down?
And must my trembling spirit fly
Into a world unknown?
A land of deepest shade,
Unpierced by human thought,
The dreary regions of the dead,
Where all things are forgot.
Soon as from earth I go,
What will become of me?
Eternal happiness or woe
Must then my portion be;
Waked by the trumpet's sound,
I from my grave shall rise,
And see the Judge with glory crowned,
And see the flaming skies.