This great cabinet card was made by Gustav Dahms of Davenport, Iowa. It looks like the funeral arrangements, which include common Christian symbols such as the anchor and cross, were hung on the wall. The card also bears a highly decorated backstamp which is most interesting. 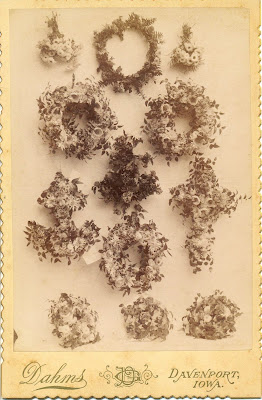 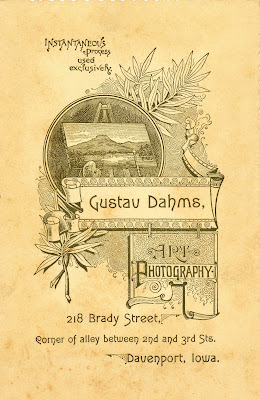 This is a beautifully preserved image of the tributes for Ida, done by McDowell of Nelsonville, Ohio. Ida’s name can be seen on the pillow-shaped arrangement in the center, just below her photograph. Again, the cross, and some wonderful glass vases. 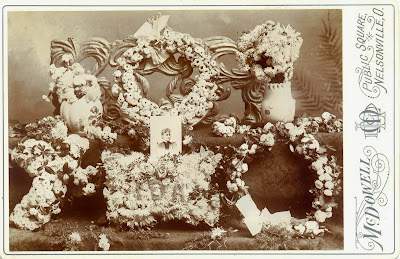 This artistic image, also by McDowell of Nelsonville, Ohio, is striking in its simplicity and unusual composition. The cabinet photo of a young lady is tucked away within the anchor, symbolizing the assurance that she awaits safely in heaven. This card also has a wonderful backstamp with a design that is copyrighted 1889. 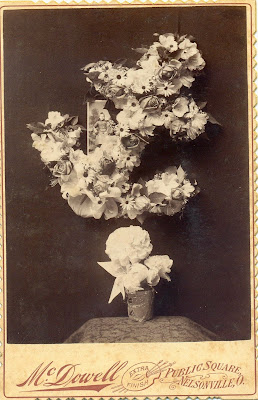 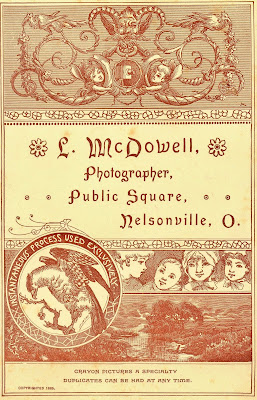 The last card is by McDonnell of Erie, Pennsylvania. It shows many floral tributes with the sender’s cards attached and a cabinet photo of a young man within the “C” shaped arrangement at top that says “Brother”. I assume “C” was the first initial of the deceased. 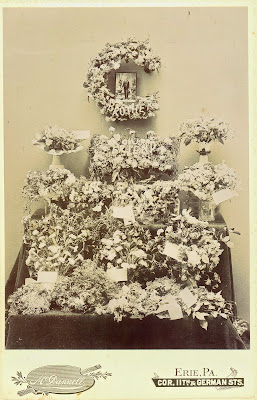 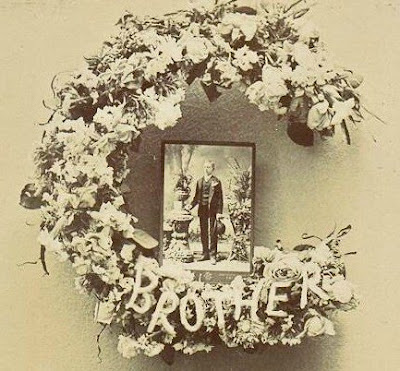 Regrettably, none of the images are identified on the back with names or dates. Each is a standard size cabinet card measuring 6 ½ by 4 ¼ inches on heavy stock.